Surge Suppression was originally designed by our engineers over 35 years ago for the sole means of protecting our buildings and houses from the effects of devastating lightning strikes. This technology has remained relatively untouched for all manufacturers of suppression equipment ever since.

This older 20th-century technology was adequate for protecting electrical systems from lightning and power provider anomalies for many years. Over the years, our computer and microprocessor technology has evolved enormously, supplying society with extremely fast production equipment as well as the ability to function in our lives virtually wirelessly.

Quite some time ago, as the microprocessors continued to get faster and faster, it became apparent to our engineers that a newer, more sensitive technology needed to exist in our suppression. A technology that can not only keep up with the ever-changing trends of our speedy computers, controls, and microprocessors, but new circuitry protection was required to mitigate the effects of the dirty power conditions. Dirty power is comprised mainly of transients, which are a temporary rise in volts and current of high energy and short duration. Transients disrupt, damage, or destroy our electrical and electronic equipment in an instant and/or cause cumulative damage over time resulting in unexplained failures or costly downtime.

Our sine waveforms have become corrupt with transients and the normal clean sine waveform has disappeared, with the new norm pictured below, or most often, significantly worse.

Older suppression technology incorporates fixed clamp technology. Simply explained, protection is clamped at a fixed level above and below the sine waveform. When the transients gain a height of the clamps within the suppressor, they are clipped off at the predetermined levels as shown below.

This however is 20th-century technology, when the prime protection required was for catastrophic electrical anomalies like lightning or shorted main wires from the power service provider. This technology has little or no effect on any of the transients within the sine waveform. The transients within the sine waveform are the most harmful to our newer 21st-century electronics and microprocessors.

With the advent of a much smaller, faster sine waveform caused by the extremely low voltage of our newer processors, technology was invented for the SineTamer® which closely tracks the frequency waveform itself, enabling a very rapid adjustment to be made bringing back the sine waveform to near-normal conditions. This special circuitry is known as Frequency Attenuation Circuitry.

Ultimately, the only real factor determining the worth or quality of a suppressor is the let thru voltage after the suppressor redirects and rids the energy caused by transients in our electrical circuits. This is where the SineTamer® outperforms all competition and boasts the industry-leading lowest let thru voltage of any suppressor in the marketplace today. Our let thru test voltages performed under various levels of IEEE requirements, are published on every spec sheet included for each suppressor purchased and are significantly lower than all competitors’ products.

The Implementation of our Frequency Attenuation Technology brought about the effect shown below.

With the implementation of SineTamer® suppressors, significant differences are immediately noticed in production and manufacturing facilities worldwide. SineTamer® suppressors have cutting edge technology and are the safest most dependable suppressor with industry-leading no-nonsense warranties. With up to an 80% reduction in costly downtime, reboot issues, and replacement or repair of electrical equipment, an approximate return of investment of 5-7 months on average, can be realized. SineTamer® is the first choice for industry and individuals who are serious about giving their newer technology and equipment the ability to function normally as it was so intended. 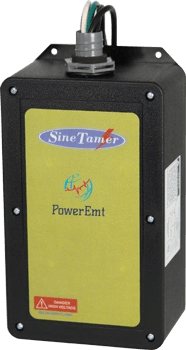 If you have any solar systems please contact us prior to ordering at info@poweremt.com or 866-256-2451

Get The Latest Updates

No spam, notifications only about new products, updates. 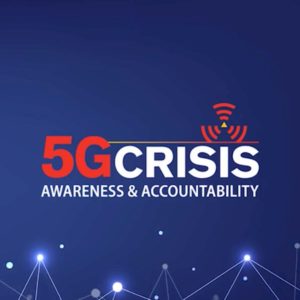 Eliminating Dirty Electricity in Your Home Guest: Terry Stotyn The contents of this presentation are for informational purposes only and are 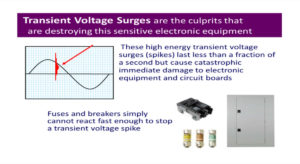 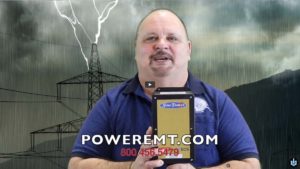 Protection from Lightning and the Smart Grid

Hi, Terry Stotyn from PowerEMT.com. I want to talk to you about lightning protection and protection for your sensitive electronics. Everybody’s 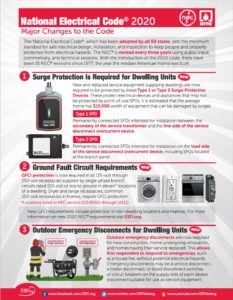